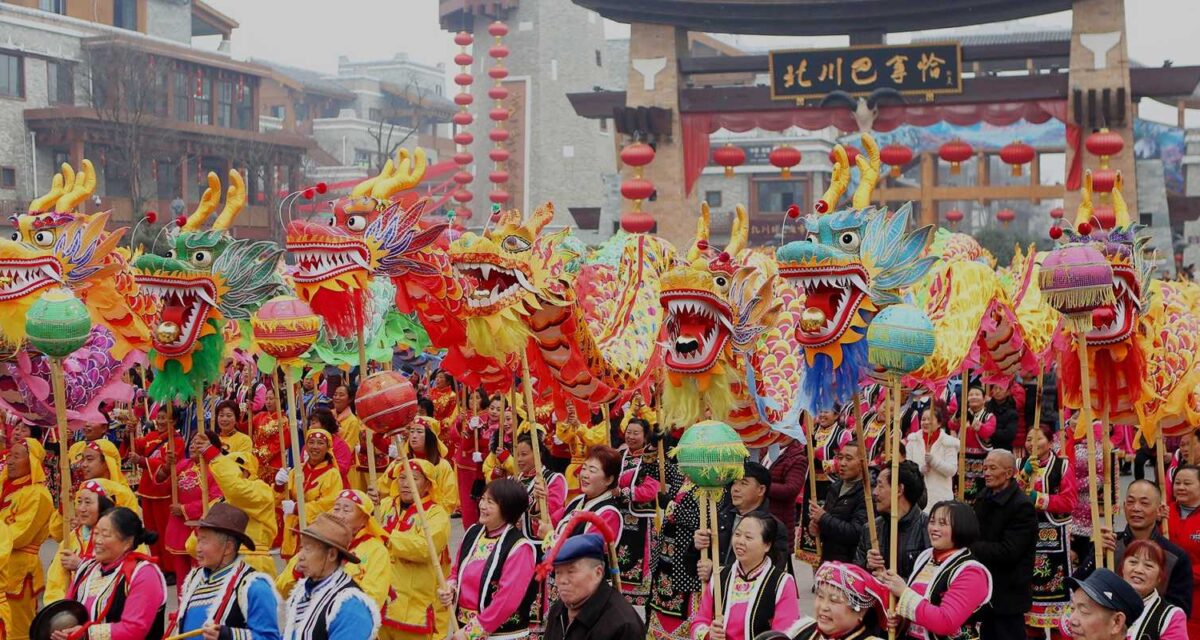 How Importers Can Prevent Disaster

The Chinese New Year (CNY) of 2021 starts on Friday, 12 February, and officially lasts for 7 days in Mainland China. While many of us who work in Asia are painfully aware of the Chinese New Year, and the coming disruption to all production, many importers and Amazon sellers are caught completely off guard.

As if the rush to get your shipments in time for Christmas was not enough, you now have to make sure that your goods are ready well before your supplier closes the shop for CNY 2021. During this holiday, all factories are shut down, without exception. This year we also have the COVID-19 factor to take into consideration.

While the official holiday only lasts for about a week, most factories are closed for an entire month, with disruptions lasting even longer. This time of the year is especially risky for businesses importing seasonal products, such as outdoor furniture and swimwear.

1. Production is halted one or two weeks before the Chinese New Years Eve

While the Chinese New Year Eve is set on Friday, 12 February 2021, all suppliers start to wind down operations one to two weeks in advance.

As such, the CNY puts a halt to mass production, and even sample orders, far earlier than many buyers anticipate. This is not always in your supplier’s direct control. One component and materials subcontractor closing doors a few days earlier can essentially result in an unexpected and early shutdown of the supply chain.

This partly explains why different companies close their doors on different dates. Get confirmation on their schedule well in advance to prevent delayed orders.

However, administrative functions tend to be operational a week or two longer, than the production lines. As such, you can, at least, save some of the runways on sample development and contract negotiations, that may take place at this time.

2. Production is halted for at least two weeks after the Chinese New Years Eve

While the official holiday is only lasting for roughly 5 working days, plus two weekends, most workers remain in their home provinces for an extra week or two. This explains why most suppliers are not back in business until two, sometimes even three, weeks after the Chinese New Years’ Eve.

You will have a hard time getting in contact with any company representatives, including the salespeople, on CNY eve and the following days.

However, they will most likely be available to handle administrative tasks within 5 to 7 days. Don’t hesitate to contact them at this time frame.

3. Getting operations back to normal can take up to a month (or more)

Eventually, everything gets back to normal. Hopefully. The truth is that many manufacturers struggle to get back to a normal mode of operations in the weeks after the Chinese New Year.

The primary reason for this being workers who simply don’t return to their former employers, without any prior announcement.

Depending on the number of workers departing in secret, it can cause severe disruptions across the supply chain. Finding, and training, a new batch of workers provides new challenges of its own. Skilled workers are, to a certain degree, replaced by rookies.

This is one, of two reasons, why the risk of quality issues is at its peak right after the end of the Chinese New Year. Every trade takes its own time to master.

This is just one, of many reasons, why you should never relax your quality assurance and inspection procedures. The other reason for an increase in Post-CNY quality issues, as hinted above, is the large number of orders a (moderately successful) supplier, and its subcontractors have stacked up.

This may include a backlog of orders from early December and onward, depending on the production time needed. This is stretching the suppliers’ capabilities to its maximum.

Plenty of suppliers, even those who are not so busy, just use the general Post-CNY stress as an excuse for being slow and providing poor.

4. How to avoid severe delays due to the CNY

Now that you are aware of the somewhat complex dynamics of the Chinese New Year, and how it may affect your business, it’s about time to explain how you can prevent related delays and quality issues.

A. Place your orders in time: Ensure that production starts in late November, at the latest. That assumes an average production time of 30 to 40 days. If longer, you must start counting backward.

Counting on tight schedules is never wise, so make sure that you confirm when your supplier halts production and accept new orders. Try to have a minimum 2-week buffer between the end date of the production, and the date they close.

B. Avoid placing last-minute orders in January: Remember what I mentioned about the risk of quality issues Post-CNY? The same applies to the January rush, leading up to the CNY.

Never place orders at this time, as the goods will most likely not ship on time while the risk of quality issues increase.

Hence, you can move forward with due diligence, price research, sample orders, and negotiations as usual.

E. Don’t make deposit payments prior to the Chinese New Year: Some suppliers never open again. If they do intend to shut down, they’ll most likely do so at the time of the CNY.

Notice that this is a rough timeline. Ultimately, it depends on the suppliers’ schedule.

Unlike the Gregorian New Year’s Eve, which occurs on the same date every year, the Chinese New Year begins and ends and various dates in the calendar.

The earliest date is January 21 and the latest date is February 20. Below follows a list of the CNY dates for the coming years:

In order to assess the COVID-19 impact on CNY 2021, we only have last year’s holiday to compare to. COVID-19 became public knowledge just around the time of CNY 2020. We were very concerned about whether factories would be able to reopen after the Chinese New Year. However, the disruption was more limited than expected, as most suppliers started to operate starting in March 2020.

So, what does this tell us about the COVID impact on CNY 2021? Almost nothing. Unless we see other major outbreaks in Mainland China, we can expect most factories to resume production as usual. It’s also important to mention that the Chinese authorities have implemented a strategy of local measures – meaning that they implement short-term restrictions in certain areas.

There is a risk that some outbreaks could be caused by workers traveling across the country, which in turn would trigger local measures for a week or two. That said, I think it’s unlikely that we will see any major disruptions as factories resume production post-CNY 2021.

How long is the CNY 2021 factory shutdown?
The official holiday only lasts for around a week. However, the total downtime is around a month when you factor in the pre-CNY factory closures and the fact that most workers are not back until the 3rd week after CNY.

Is every single Chinese factory closed during the Chinese New Year?
Yes, all factories are without exception closed down during this period.

Asking a supplier to keep production going during the CNY is the same as asking you to work on Christmas eve. While some of us still do that, it’s not something to be expected. It’s also a public holiday, so the factory cannot force their employees to work at this time.

Do Hong Kong-based suppliers also close for CNY?
The Chinese New Year is a public holiday in Hong Kong, just like in Mainland China. However, most companies only close for a few days, rather than weeks.

That said, Hong Kong-based companies have their manufacturing facilities in Mainland China, Vietnam or other countries in the region. As such, they face the same disruption as everyone else.

Does the CNY affect ocean and air freight?
Ports remain operational during the CNY. That said, freight forwarders are closed during the CNY for at least a week. Further, they cannot pick up products that are locked up in the factory warehouse until their employees are back. Yet, the CNY is not disrupting ocean and air freight to the extent it does with manufacturing.

Why are the factories closed for so long?
Chinese migrant workers traditionally had to spend days returning from factors in Guangdong, Zhejiang, Jiangsu, and other provinces, to their hometowns in China’s inland. While the journey time is significantly shortened by high-speed trains and low-cost airlines – the tradition for workers to take a long holiday around the CNY still remains.

It’s also their only major holiday for the entire year. By comparison, there is no summer holiday in Mainland China (or most Asian countries for that matter). Might as well stay in an air-conditioned office or factory during the Asian summer.

That being said, the general trend is that the CNY holiday is becoming shorter. Chinese manufacturers understand that this is a major disruption for both them and their customers. Many suppliers are also perfectly aware of competition from other countries in the region and how a month-long supply chain disruption is not exactly a big selling point. My best guess is that factories will limit their closure to around 2 weeks in the coming years.

Do all countries in Asia celebrate the lunar new year?
The lunar year holiday is celebrated in Vietnam (also called Tet), and in the Chinese communities in South East Asia, mainly in Thailand, Malaysia, Singapore, and Indonesia.

As such, the lunar new year is directly impacting businesses importing products from China and Vietnam.

That said, manufacturers in Southeast Asia, Japan, Korea, India, Europe, and the Americas also procure materials and components from suppliers in Mainland China, and to a lesser extent from Vietnam. As such, the CNY and Tet do have a major global supply chain impact – far more so than any other holiday or celebration in the world.

When is the last day to visit a supplier before the CNY?
I suggest that you go at least one month in advance if you really have to go before. As many suppliers don’t accept new orders (even for samples) in the weeks before CNY, you might get more done if you visit them once they open again.

That said, you can still negotiate contracts, and get feedback on your specifications before they close.

What will happen to my products if they are not finished before CNY?
Your supplier will either resume or start production once they are back in the factory again. How long it’ll take to finish production depends on how far they made it before they closed the factory prior to CNY.

Should I pay my suppliers before the CNY?
No, you should not pay your supplier shortly before they close before CNY. Many suppliers that are about to go out of business, tend to close down permanently at the time of the Chinese New Year.

It’s also not unusual that key employees leave the company, which can be almost as disrupting as if they cease operations.

Further, once they start production again, you should not take for granted that they will process your order faster simply because you paid the deposit before CNY.

Why is the risk of quality issues higher post-CNY?
After the CNY, a significant percentage of the workers don’t return to their factory. Instead, they look for employment in their hometowns and provinces.

As such, the factories need to bring in a new batch of untrained workers each year to manage the post-CNY surge in production. A large production volume combined with poorly trained staff is a potent mix that often results in severe quality issues and misunderstandings.

What are some other holidays we should be aware of?
Other than the Chinese New Year, the only big holiday in Mainland China is the Golden Week from October 1st to 7th.